Liberty depends upon the unfettered exercise of free choice. With this comes the idea that individuals accept the consequences of their poor decisions. After all, our judgment improves when we are free to learn from our mistakes. It has long been held in America that individuals make better decisions in their own interest than anyone else. Government, for example, has no place interfering in the private life of American citizens. If people choose to engage in risky behavior like smoking, the consequences are theirs alone. While most Americans still hold the freedom to choose in high regard, there are those who believe people cannot make decisions in their best interest and need a “nudge” to push them in a more desirable direction. There is little doubt that the government is taking on a more paternalistic role, insisting they know what is best for everyone. Governing from a libertarian paternalism perspective, they are acting as choice architects, framing the decisions we make in a manner beneficial to their agenda.

“The false assumption is that almost all people, almost all of the time, make choices that are in their best interest or at the very least are better than the choices that would be made by someone else. We claim that this assumption is false—indeed, obviously false. In fact, we do not think that anyone believes it on reflection.” (Sunstein & Thaler, 2008)

In 2015, President Obama issued an executive order directing the government to use behavioral science insights to formulate policies that would better serve the American people. From 2008 to 2012, Cass Sunstein served as Obama’s regulatory czar. Who is Cass Sunstein? He is a Harvard Professor known primarily for his studies of behavioral economics. More importantly, he is the co-author of the 2008 book, Nudge: Improving Decisions About Health, Wealth, and Happiness.  The very premise of the book revolves around the belief of social scientists that people cannot make good decisions for themselves and need the government to guide their behavior to live happy and healthy lives. This belief, according to Sunstein and co-writer Richard Thaler, is the culmination of four decades of research into human behavior and how people make decisions. From this research comes the idea that people’s choices can be intentionally framed in a manner that provides the illusion of freedom while guiding their behavior in ways that government deems best. This is known as choice architecture.

Choice architecture is based on what Sunstein and Thaler refer to as Libertarian Paternalism. This is the idea that government, or science for that matter, knows what is best for people; but the ability for them to choose, should not be interfered with. At least, not in an obvious way. The paternalistic aspect of libertarian paternalism lies in the belief that it is legitimate for government to act as a choice architect. Choice architecture alone is not necessarily good or bad. Anyone at any time can be acting as a choice architect if they are responsible for any situation in which people must decide a particular course of action. Sunstein even provides legitimate examples where it may be beneficial, when it comes to saving and investing, to frame people’s options in a certain way so they make the best decisions. It becomes problematic, however, when government acts in a way that frames our choices.

Sunstein and Thaler insist that libertarian paternalism is a method of influencing our behavior in a way that is free from government coercion. When the driving factor behind choice architecture is the belief that government knows best, that is all there is. Choice architecture involves more than anything else, the elimination of choice so that individuals feel compelled to do the “right” thing or suffer the consequences. The vaccine mandate is a perfect example. We are not being forced by law to do anything. We are free to choose not to be vaccinated. The choice we must make between our job, or the jab is framed in a way to deliberately “nudge” us to make what the government sees as the right decision.

We are living in a time when it is becoming socially unacceptable to have beliefs and attitudes which go against the politically correct narrative. While Sunstein and Thaler claim they support the freedom of choice, they also state that nudging, or framing choices, could be an effective way to steer people away from false beliefs and negative social influences. This implies that there are correct beliefs and attitudes that we should all hold. When issues are framed in a way that manipulates our judgment, pushing us towards what government considers to be correct views, we are not living in a free society. These days, false beliefs are anything that promotes a pro-American attitude while refuting the left-wing worldview. Socially desirable behaviors seem to be those that support socialism and the idea that government should have a say in the way we live our lives.

Most people have a natural desire to conform. Sunstein cites several studies showing people would rather go along with the crowd as opposed to standing out and drawing attention to themselves. This is something which is also noted by behaviorist B.F. Skinner. In Beyond and Freedom and Dignity he states that “people who get along together well under the mild contingencies of approval and disapproval are controlled as effectively as (and in many ways, more effectively than) the citizens of a police state.” (pg. 91) People are afraid of their opinions being socially unacceptable. Peer pressure tends to bring tremendous weight on people to either change their positions and go along with social norms or keep their thoughts to themselves. This proves Sunstein’s assertion that libertarian paternalism can influence behavior without government coercion to be false because it is this aspect of human behavior that is taken advantage of. Sunstein asks “can choice architects exploit what is known about this fact of human behavior to move people in better directions?” Exploiting human frailty has little to do with freedom and more to do with being a bully. 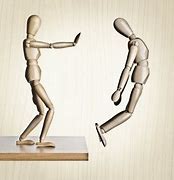 Nudging through choice manipulation applies to private companies as well.  Sunstein cites an example that in many ways, pertains directly to the vaccine mandates we are facing now. It deals with the issue of climate change and the willingness of private businesses to adopt certain rules and procedures meant to limit greenhouse gasses. Sunstein admits that social pressure was used by environmental groups and media to create a blacklist of those businesses who refused to comply. This “social pressure” worked as a “nudge” to change the opinions and behaviors of these businesses because they didn’t want to be seen as polluters.

“Why, exactly, has the Toxic Release Inventory had such beneficial effects? A major reason is that environmentally concerned groups, and the media in general, tend to target the worst offenders, producing a kind of “environmental blacklist.” This is a nice example of a social nudge. No company likes to be on that list. The bad publicity can result in all sorts of harm, including lower stock prices. Companies that end up on the list are likely to take steps to reduce their emissions. Even better, companies are motivated to ensure that they do not end up on the list. The result is a kind of competition, in which companies enact more and better measures to avoid appearing to be significant contributors to toxic pollution. If companies are able to reduce emissions at low cost, they will do so, simply in order to avoid the bad publicity and the resulting harms.” (Sunstein & Thaler, 2008)

Private businesses who do not want to appear to be contributing to the Covid-19 case count are likely to comply with Biden’s mandate. Those that refuse to do so will face the same social pressures brought on by media and pro-vaccination groups to force conformity.

Sunstein and Thaler’s deluded thinking is more in line with authoritarianism than freedom because they claim we must pay for the social harm our behavior creates. This, they say, is better than the government flat-out telling us how to behave. What is the difference when our choices are manipulated, or social pressure is used to “nudge” us into making the choice the government wants us to make? When socially desirable and undesirable behaviors are perceived to exist, and our choices are narrowed down to either choosing what they deem correct or pay the consequence they demand you pay, there is no freedom of choice. You are being forced to make a false choice with manufactured consequences. True freedom of choice in a free society means the individual accepts the risk of natural consequences from bad decisions. Choosing to not be vaccinated, for example, means accepting the fact that you may contract the disease as a result. Having to choose between your job or the shot is coercion even if the choice is yours to make. It is a manipulated choice based on the idea that the illusion of freedom can be provided while framing the choices you make in a way that nudges you towards compliance with their goal. Choosing to get the shot, or refusing to do so and losing your job, pushes their agenda either way. You will either be vaccinated, or you will contribute to the destruction of the economy. Either way is good for them. What do they care if you quit or get fired?

To learn more about this topic and others, check out my book Without a Shot Indeed: Inducing Compliance to Tyranny Through Conditioning and Persuasion.