It is hard to describe what I am feeling. I watch the news, and the created perception that somehow Biden is going to be held accountable for having classified documents in his possession, and all I can think is that we are somehow being mocked. Our media masters, after all, have admitted to us in so many words that they successfully dictate what the public thinks are the essential, salient issues of the day. It is almost as if the global elite, the powers that be, the deep state, or whatever you may want to call them know precisely how gullible we are to propaganda because they spend all of their time studying our reactions to it. But I digress. In retrospect, you would think there would be some progress in fighting back against public school indoctrination as parents increasingly challenge local school boards over a perverse agenda, that for a lack of a better explanation, is meant to do little more than cause biological chaos. Treating biological reality as a social construct is a consequence of allowing dialectical materialism to dictate the course of science. To understand this people need to understand Critical Theory and its connection to the transgender agenda we see unfolding before our very eyes. Therein lies the bigger problem. As Americans, we are reacting to an agenda that was set in motion many years ago. Our focus is fixated on the results, and we are frantically trying to play catch up without truly understanding what is happening. Sure, Americans get that there is an effort to merge the United States into a global government and that everything occurring concerning climate change, the great reset, the national debt, or anything else that causes confusion and havoc while tearing away at our national character is but a means towards this end. Where Americans fall short is their understanding of how and why education has played a major role in conditioning the public for this transformation. You would think, with what we have witnessed in recent years, that there would be a mass exodus from public schooling. Yet, millions of us go on every day believing that schools provide a free, honest education meant to help our children be successful individuals. This is the mistake. Public Schools have been the experimenting grounds for implementing a socialist agenda for over one hundred years. When the American public finally realizes that the goal of public schooling has been to destroy individualism, traditional morality, and any sense of loyalty to a nation, they will understand what they are up against. Don’t take my word for it, take them at their own word. 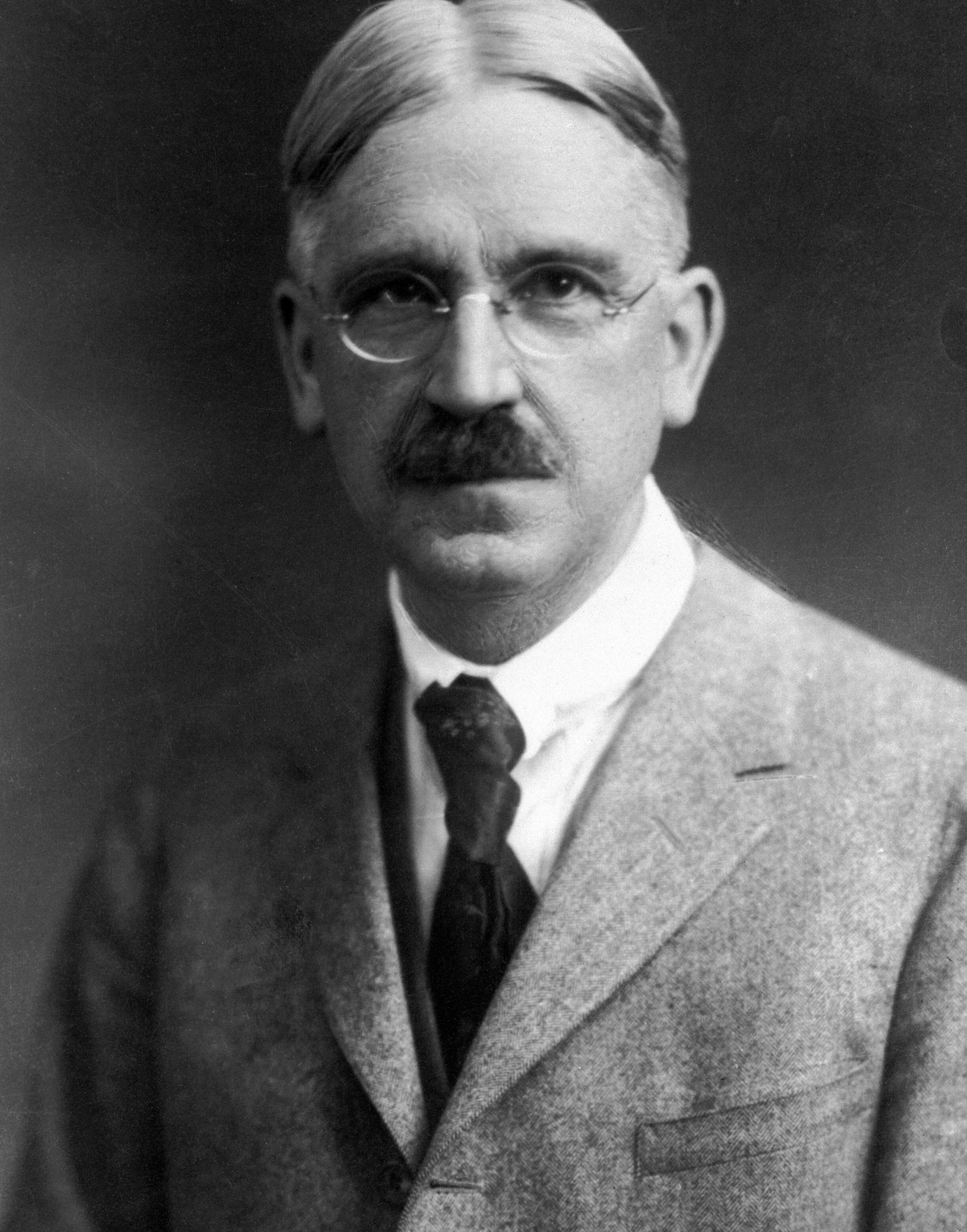 In my last article, I mentioned John Dewey’s Democracy and Education, and the fact that he is considered the father of modern schooling. Dewey, being a Marxist, believed individualism was a detriment to a functioning society because we all share in the social environment. We are all, in the Marxist view, a collective group whose actions are dependent upon one another. The idea of free will, or independence, is not ideal in a society that shares a common goal. Dewey also wrote that the purpose of public schooling should be to eliminate as “far as possible, the unworthy features of the existing environment from influence upon mental habitues. It establishes a purified medium of action. Selection aims not only at simplifying but at weeding out what is undesirable.” I don’t mean to beat a dead horse but I believe this to be of great consequence. What Dewey is arguing is that the school should exist to eradicate what the Marxist left considers to be, undesirable traits in our children that prevent the function of a healthy social environment. These traits are of course individualism and patriotism. Through the rest of that article, I drew correlations between Dewey’s comment and the ideas of operant conditioning. B.F. Skinner wrote extensively on the effectiveness of manipulating the environment to produce compliant behaviors. Operant conditioning has been used in our schools as a system of rewards of punishments since at least 1969. Simply understanding this, however, does little to bring into focus the magnitude of what we are dealing with. Operant conditioning is psychology. Psychology is science. What are the consequences of allowing dialectical materialism to dictate the course of science? Godlessness. B.F. Skinner was an instrumental figure in defining what a science of human behavior would look like. In his book Science and Human Behavior, he writes that a working model be accepted as a means of studying behavior, no matter what that working model may demand. In Beyond Freedom and Dignity he writes that it should be the nature of scientific inquiry that we are looking at behavior from the view that man is not in control of his actions, but behavior can be controlled through environmental manipulations. 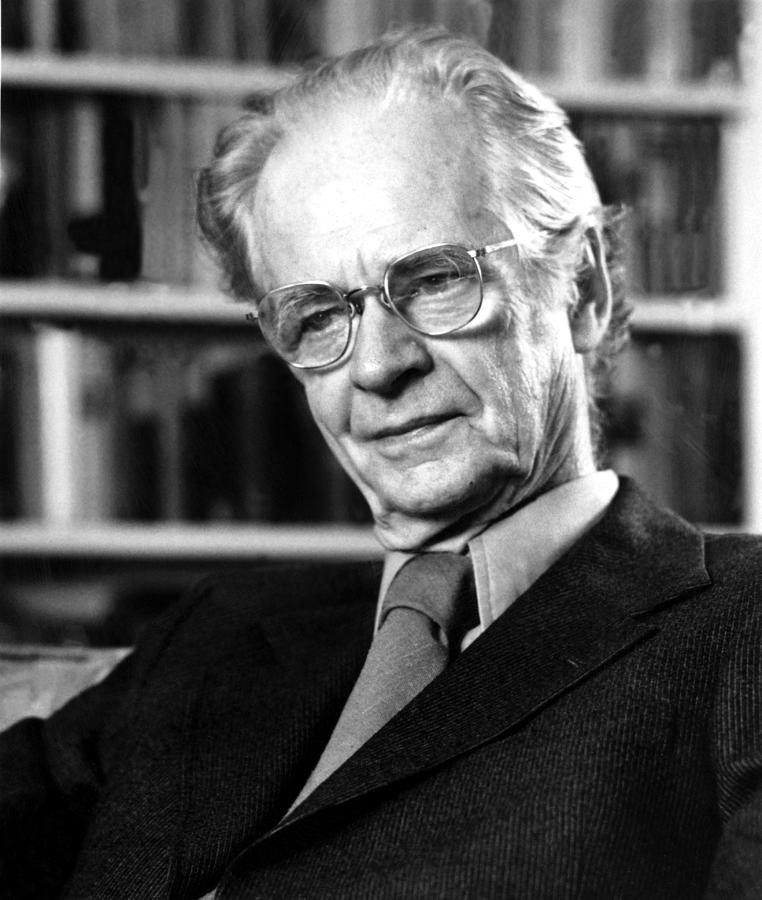 “In what we may call the pre-scientific view (and the word
is not necessarily pejorative) a person’s behavior is at
least to some extent his own achievement. He is free to
deliberate, decide, and act, possibly in original ways, and
he is to be given credit for his successes and blamed for
his failures. In the scientific view (and the word is not
necessarily honorific) a person’s behavior is determined
by a genetic endowment traceable to the evolutionary
history of the species and by the environmental circumstances to which as an individual he has been exposed.
Neither view can be proved, but it is in the nature of
scientific inquiry that the evidence should shift in favor
of the second. As we learn more about the effects of the
environment, we have less reason to attribute any part of
human behavior to an autonomous controlling agent.
And the second view shows a marked advantage when we
begin to do something about behavior.”

What is he saying? Why does it matter? Our children are not being educated from the perspective that they are independent, free-thinking beings. They are being trained to be compliant, obedient members of the social group. The bigger problem is that this has been going on for several decades, and it has affected all of us whether we realize it or not. I get that in the 1970s, education was a little more “America-orientated” and that the idea of Marxist indoctrination wasn’t as prevalent. That doesn’t change the fact that operant conditioning was being used to train students into acceptable behavior patterns. Think of how many people are afraid to question anything simply because they do not want to stand out, or create a scene. That is a consequence of operant conditioning and creating a disapproving environment for not conforming to perceived norms.

It is difficult to put this into perspective. Most Americans believe it was the Obama administration and the common core curriculum that set the nation on its current course. To some degree, it may have been. That doesn’t change the facts presented. It doesn’t change the fact that John Dewey wrote what he did concerning what the purpose of schooling should be. Whether those ideas were immediately implemented or revisited a century later could be anyone’s guess. I would have to argue, however, that there is more to it than that. On page 14 of Charlotte Iserbyt’s Deliberate Dumbing Down of America, there is a quote from Dr. Augustus Thomas, who was the education commissioner for the state of Maine in 1927. He states that if the world would ever be ready for a global government it would be after a long duration of re-education, and the building of a public consciousness and an international morality. In other words, it would be a long, incremental process that would need to pass unnoticed by the masses as their values and beliefs were slowly changed through the schooling system. That was ninety-six years ago. The point is that these people had a plan before most of us were even born. It was implemented when our grandparents were in school and the only way to realistically look at what is occurring today is to realize that we are way behind the curve, and they have accomplished what they have because they have been incrementally, step by step, implementing this plan for the past century.

Where does that leave us? Taking the ideas of operant conditioning, which as stated is the use of psychology in the schools to condition and train as opposed to educating, and Thomas’ ideas of building a public consciousness and international morality, brings us to Brock Chisholm. Who is Brock Chisholm? He was a Canadian Psychiatrist who submitted the paper The Psychiatry of Enduring Peace and Social Progress: The Reestablishment of Peacetime Society to the World Health Organization in 1946. The very premise of the paper is that psychotherapy should be employed in schools to eradicate any notion of what has traditionally been viewed, as right or wrong. “With the other human sciences, psychiatry must now decide what is to be the immediate future of the human race. No one else can. This is the primary responsibility of psychiatry.” (Chisholm, 1946, p. 11)

Chisholm states that religious morality is the biggest impediment to social progress because it prevents men from their inclinations to follow their natural urges. Think about that for a moment. Prevents men from following their natural urges. What are our natural urges? It could be argued that those natural urges are sexual in nature, and if given the right impetus could be built into whatever one may want to mold them into. The idea of pushing perverse sexual topics in schools has been going on since the 1990s, and look at where we are now. To even argue that it has been going on since the 90s is an understatement. The sexual revolution of the 1960s was the result of the same type of thinking, brought on by the Critical Theorists of the Frankfurt School, which as mentioned in my previous article, were aided in their travels to America by the help of John Dewey. To approach the problem of transgenderism as if it is a new phenomenon is going to rapidly lead us nowhere. By the time we figure out what happened transgenderism will have morphed into transhumanism. We have to look at the fact that our values, our religion, and our abilities to make cognizant arguments on behalf of our own beliefs have been slowly trained out of us for decades. Our schools, trusted places where we have been dropping off our children for decades, have been set up for the sole purpose of destroying our traditional values and what we believe to be right and wrong. As I said, don’t take my word for it. Read the sources for yourselves, look at what is going on, and make up your own mind.