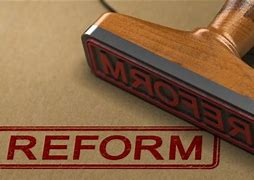 In my writing’s on Critical Race Theory, I attempt to draw attention to the fact that the theory itself is more than a method of teaching kids America is racist, it is a tool of cultural transformation. For instance, in Critical Theory as a psychoanalytical approach to the social pathology of racism, I discuss the idea of CRT being used to treat racism like a collective illness requiring treatment. Critical theory, being used as a method of societal critique, took a psychoanalytic approach to criticize culture for transformative change. This required, according to Verovsek (2019), self-reflection and self-awareness of one’s own attitudes before any corrective actions can be made. This is an important step in social critique because it induced feelings of guilt which in turn, prompts a willingness to go along with the program. Critical Race Theory, aside from simply teaching students that America is racist, or whites are privileged, is a tool of coercive persuasion and thought reform mimicking what the communists used in Mao’s cultural revolution.

My personal experience with Critical Race Theory involved writing an essay, a position paper, on my attitudes towards the concept of white privilege. After writing the paper, the instructor demanded we give a speech describing how we were unaware of our racist attitudes, and how our white privilege affected minorities. Anyone familiar with white privilege, or CRT, knows that virtually everything is racist because according to the left, we live in a system that promotes and supports white supremacy. There was no right course of action to take because being white has become the cardinal sin from which white people must redeem themselves. This is a carefully employed technique used in transforming one’s thoughts and behaviors to gain compliance and create new loyalties. For example, in an article entitled Maoist discourse and the mobilization of emotions in revolutionary China, Liu discusses the idea of guilt being used to force people to focus on their negative thoughts. Guilt in communist China, just as it is in Critical Race Theory, is a foregone conclusion (Liu, 2010). People were not just asked to confess their sins, or in the case of CRT, their privilege, but to provide personal examples and explain their understanding of how it affects other people (Liu, 2010). Language was shaped in a way that inferred guilt no matter which position you took because nearly everything became associated with the imperialist ideology. In CRT, nearly everything is blamed on white supremacy because the system we live in was built to enforce it.

According to Richard Ofshe, the public admission of guilt, along with the denouncing of what they deem as undesirable behaviors, prevents an individual from psychologically separating themselves from the experience. By forcing people to admit to crimes they are unsure they have committed, people become trapped in a cycle of mental uncertainty (Liu, 2010). This can be particularly true when the crimes in question are presented collectively. In CRT, the very act of being white is the same as being born racist. This assertion in and of itself lacks any logic, further confusing the individual in question. According to Meerloo (1961, p. 94), forced confessions and the public expression of shame provokes feelings of “childlike submissiveness” while also alleviating deep-rooted feelings of guilt that all people have. By submitting to, and aligning one’s thoughts to the tenets of CRT, people can project their feelings of guilt onto others who refuse to do so.

It is one thing to put adults through this type of indoctrination but forcing it on elementary school children will not only result in unnecessary guilt but a population of people who cannot break away from the indoctrination and will submit to further brainwashing attempts. Ofshe describes coercive persuasion as an attempt to destroy an individual’s concept of self, create an unstable identity, and reinforce a need for peer approval. Critical Race theory attacks one’s allegiance to their own nation by claiming support for American ideals is intrinsically bigoted. By encouraging the personalization of guilt, the Chinese could induce feelings of self-doubt and instability among those targeted for behavioral change (Liu, 2010). Children in elementary school are not old enough to have a self-identity. By introducing them to the ideas of race consciousness and CRT, the left aims to destroy any possibility of a positive pro-American self-identity developing by associating induced feelings of guilt with America’s so-called, racist past. According to Ofshe, the fear of humiliation or standing out from the crowd is a distinguishing feature of coercive persuasion. This coincides with B.F. Skinner’s (1971, p. 91) assertion that behavioral control can be easily attained through systems of social approval/disapproval. As I mention in my book, Without a Shot Indeed: Inducing Compliance to Tyranny Through Conditioning and Persuasion, critical theory is being used to introduce kids to new ways of thinking about their culture, and systems of rewards and punishments are used to reinforce these beliefs. According to Ofshe, behavioral/attitude change is best achieved when rewards and punishments for the group are tied to the weakest individual. This forces an individual who is resistant to the ideology to conform for fear of being humiliated or blamed for the group’s failure to progress. Individuals who fail to conform and admit their privilege/racism are shamed and isolated from the group. My refusal to conform, for example, resulted in their attempts to remove me from the social work program while also attempting to associate everything I said with racism.

“The change phase allows the individual an opportunity to escape punishing destabilization procedures by demonstrating that he or she has learned the proffered ideology, can demonstrate an ability to interpret reality in its own terms and is willing to participate in competition with peers to demonstrate zeal, through displays of commitment. In addition, to study and/or formal instruction, the techniques used to facilitate learning and the skill basis that can lead to opinion change include scheduling events that have predictable influencing consequences, rewarding certain conduct, and manipulating emotions to create punishing experiences. Some of the practices designed to promote influence might include requiring the target to assume responsibility for the progress of less- advanced “students,” to become the responsibility of those further along in the program, to assume the role of a teacher of the ideology, or to develop ever more refined and detailed confession statements that recast the person’s former life in terms of the required ideological position. Group structure is often manipulated by making rewards or punishments for an entire peer group contingent on the performance of the weakest person, requiring the group to utilize a vocabulary appropriate to the ideology, making status and privilege changes commensurate with behavioral compliance, subjecting the target to strong criticism and humiliation from peers for lack of progress, and peer monitoring for expressions of reservations or dissent. If progress is unsatisfactory, the individual can again be subjected to the punishing destabilization procedures used during unfreezing to undermine identity, to humiliate, and to provoke feelings of shame and guilt.” (Ofshe, 2000)

By destroying identity and associating previous beliefs with racism, those using Critical Race Theory are setting themselves up as being morally superior (Liu, 2010). The continued forcing of denunciation and admissions of guilt are necessary to ensure the ideology remains enforceable (Liu, 2010), and those pushing it are looked to for redemption. The goal, just as it is in all communist societies, is the creation of a new man free from the trappings of bourgeois society and willing to surrender their previous identities to a higher cause (Liu, 2010). In Communist China, Mao presented his system of communism as morally superior, as class warfare was used to demonize those considered the upper classes while victimizing the poor. In Critical Race Theory, whites are considered the upper class, and a system of racial preferences is presented as the morally acceptable solution. Black Americans, along with other minorities, are presented as victims of white privilege, incapable of competing in a system that purportedly exists solely to keep minorities down. There is no escaping the accusations of racism as every aspect of our society has been weaponized to trap individuals into the CRT narrative. For instance, in my article, Methodologies of Critical Race Theory part two: Racist mathematics, I discussed the idea put forth by the Journal for research in mathematics education that honest efforts to solve educational issues such as the achievement gap, for example, are in and of themselves, systems of whiteness because achievement is a white construct. In Critical Theory as a psychoanalytical approach to the social pathology of racism, I showed the conflicting ideologies of those pushing CRT by citing the book Critical Race Theory: An Introduction. On one hand, they argue race is a social construct, while also insisting that a color-blind approach to race issues only solves the most evident forms of discrimination. They also claim that white people fail to see the things all human beings have in common because we prefer to judge people based on the color of their skin. These two views cannot co-exist. Suggesting that achievement, for example, is a white construct, while arguing for a system of racial preferences because minorities cannot compete fairly in a free-market system, is judging people based on the left’s own racial biases.

Forced confessions and inducing feelings of guilt were methods employed by the communists in Mao’s cultural revolution. The goal was to create a new man, and a new way of thinking where individuals realigned their loyalties to a system Mao deemed as morally superior. Teaching children they are automatically racist by the virtue of being born white is done to destroy their identity, discredit the culture of their parents and ensure adherence to an ideology meant to culturally transform the nation. Systems of rewards and punishments are being used to force conformity in elementary schools based on what they have known about behavior and attitude change for decades. Children in elementary school know nothing of racism. Critical Race Theory is a method of thought reform using coercive persuasion methods meant to produce feelings of guilt and a hatred for one’s national identity. It is a tool of cultural transformation being used to change the consciousness of the younger generation to see everything from the twisted perspectives of the left.

Gutiérrez, R. (2008a). A “gap gazing” fetish in mathematics education? Problematizing research on the achievement gap. Journal for Research in Mathematics Education, 39(4), pp. 357–364.

Be sure to check out my latest book