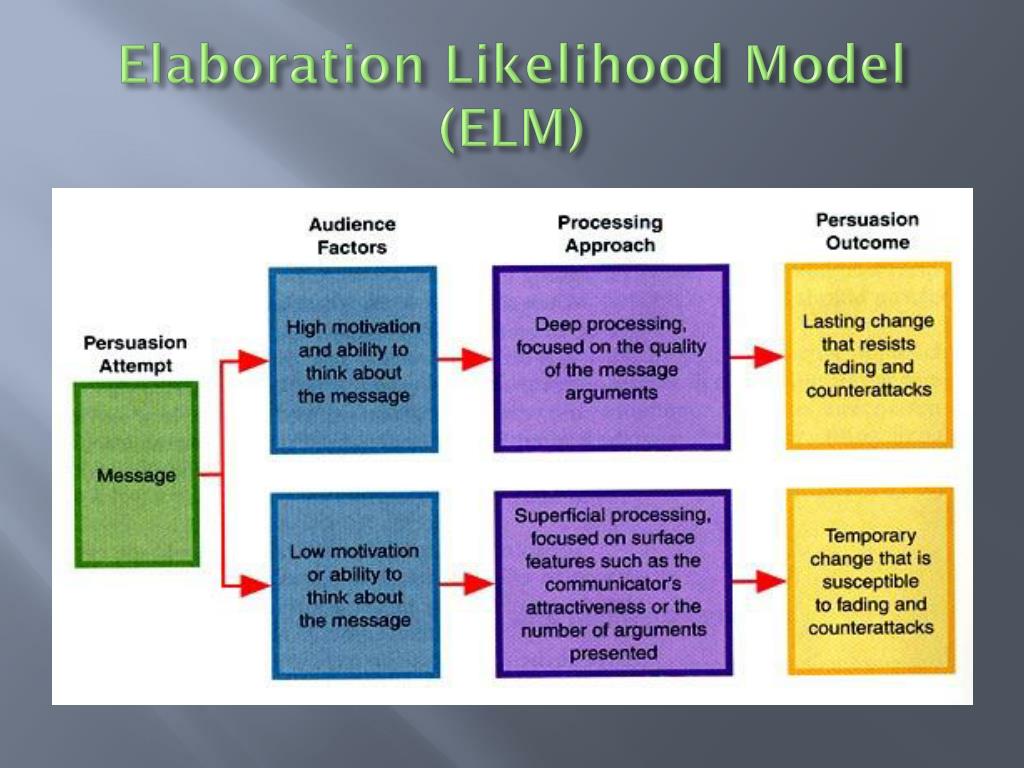 Americans are still suffering the consequences of the Covid-19 pandemic. The Supply Chain is broken, inflation is out of control, businesses were destroyed, children are behind in school, millions either lost their jobs or were forced to get vaccinated, and most tragically, many Americans still believe it was real. While people are trying to regain a sense of normalcy nearly three years after it all began, it is becoming evident that the interventions were at best, unnecessary, and at worst, outright attempts at top-down control. Through my own writing, I have tried to make the argument that Covid-19 was an experiment in compliance gaining by discussing topics like The Health Belief Model of Behavioral Change, and the Elaboration Likelihood Model of Persuasion. To most people, Covid-19 was a terrifying reality. They sat glued to the television, waiting for guidance from the talking-head media. To others, it was an obvious attempt to propagandize the world into the “Great Reset” agenda we see unfolding before our very eyes. Either way, there is no denying the fact that people are beginning to question the whole thing, as more evidence is surfacing showing the world exactly what Covid-19 was. A bunch of baloney from the get-go.

I think there is a sense of discomfort that develops when people realize they have been duped in some way. No American would want to believe, for example, that our government would deliberately push a fear campaign designed to force us into compliance with an agenda meant to strip us not only of our rights but our identities as well. Most Americans would rather believe Covid-19 was a real pandemic, and that the interventions were mistakes made by experts simply doing what they thought was best for the public than face the ever-growing reality that it was all propaganda. This is highlighted in a recent article by The Atlantic called, Let’s Declare a Pandemic Amnesty. My first response in reading that title was, “yeah, let’s not and say we did.” The premise of this article is there were people that were correct from the beginning when they argued that Covid-19 was not what they were making it out to be and that the actions being taken were, in the end, going to cause more damage than the virus itself. This argument was being made by people who didn’t necessarily think Covid-19 wasn’t a real pandemic, but the actions taken by the government didn’t make any sense. Emily Oster is essentially arguing for a Covid amnesty on the grounds that the actions taken by experts were the best calls that could have been made with the information available at the time, while also suggesting that those “purveyors of misinformation” be ignored.

The problem, and this leads us to the main point of the article, is that the information pertaining to the reality of Covid-19, the vaccines, and anything else related was readily available to those who sought it. Oster can argue, for example, that the CDC was taking the best actions possible based on what they knew at the time, and they were only looking out for what was best for the community. This is blatantly false, and it was all provable. For example, one of the primary arguments being made about Covid-19 was that the virus itself was never properly isolated to prove its existence. People making this argument would no doubt fall into the “purveyor of misinformation” category, even though the CDC admitted it.

“Since no quantified virus isolates of the 2019-nCoV were available for CDC use at the time the test was developed and this study conducted, assays designed for detection of the 2019-nCoV RNA were tested with characterized stocks of in vitro transcribed full-length RNA (N gene; GenBank accession: MN908947.2) of known titer (RNA copies/µL) spiked into a diluent consisting of a suspension of human A549 cells and viral transport medium (VTM) to mimic clinical specimen. Samples were extracted using the QIAGEN EZ1 Advanced XL instrument and EZ1 DSP Virus Kit (Cat# 62724) and manually with the QIAGEN DSP Viral RNA Mini Kit (Cat# 61904). Real-Time RT-PCR assays were performed using the Thermo Fisher Scientific TaqPath™ 1-Step RT-qPCR Master Mix, CG (Cat# A15299) on the Applied Biosystems™ 7500 Fast Dx RealTime PCR Instrument according to the CDC 2019-nCoV Real-Time RT-PCR Diagnostic Panel instructions for use.” (CDC)

The above describes the methods used by the CDC to develop the PCR testing procedure. If you read the above carefully you will see they used existing material which they believed “mimicked” the Covid-19 virus to develop the test. This couldn’t be why there was such a high rate of false positives, could it? In 2021, when the pandemic was still dominating people’s minds, the World Health Organization admitted the PCR test was producing a high rate of false positives, and the CDC called for new procedures that could differentiate between the Flu and Covid-19. Gee, I wonder why. Despite this information being reported, people continued to take the PCR tests, believing they had Covid if the results were positive. And people wonder why the government thinks we’re stupid. The CDC also admitted that between March 2020, and March 2021, 94.9 percent of the 540, 677 people that died with Covid died because of other underlying medical conditions, and not because of Covid-19. Finally, to highlight one more inconsistency before I move on, Anthony Fauci ran an article in The New England Journal of Medicine, early on in the pandemic, admitting the fatality rate wasn’t any more severe than an average seasonal flu. Despite this revelation, people continued to panic while complying with the absurd. The bigger point being made here is that Covid-19 was nothing but a bunch of contradictions, and it is my contention that the powers that be were deliberately releasing both correct and false information to see what it is people are paying attention to most.

I say this because I have studied the Elaboration Likelihood Model of Persuasion. This is a behavioral model of research, mostly employed by the media, which categorizes people into a high or low likelihood of being persuaded into taking actions they may otherwise object to. It is based on both cognitive and stimulus-response theories. Elaboration likelihood refers to how likely it is that people will take the time to thoroughly research, on their own, the information being presented to them through media sources. It is broken down into what researchers call the central and peripheral routes of persuasion. The central route suggests that certain people can apply their own experiences, and carefully analyze the information as they receive it.  People in this category are thinking deeply about an issue, therefore, it is necessary to tweak the message based on the recipient’s current beliefs to achieve persuasion. The peripheral route suggests that some people cannot process information effectively, and all it takes is a simple “cue to action” to motivate a change in attitude. Sadly, looking at how most people responded to Covid-19, it can be argued they fall into this category.

I have argued that people should shut off the media entirely and spend more time studying what is they know about human behavior and the psychology of persuasion. Most people have never heard of the Elaboration Likelihood Model of Persuasion, let alone the idea they use something like that to determine how easily people can be persuaded. That is exactly what they did. In August 2021, the European Review of Social Psychology ran an article detailing how the model was used to determine the best way to frame messages to get people to comply with recommended interventions.

“Examining persuasion variables through such a framework is critical when considering how to effectively persuade the public in a context like the COVID-19 pandemic. When persuasive messaging is aimed at creating public safety attitudes that guide behavior, such messaging must be disseminated in a way most conducive to creating strong attitudes. Ensuring that this occurs requires understanding which persuasion processes tend to produce strong attitudes as well as how and when those processes are most likely to be elicited.

Therefore, the present article has three aims: First, we review recent research we have conducted within the ELM framework relating to the features of the source and the recipients of a persuasive message and how those features can impact persuasive outcomes. We also link those effects to the different roles these variables can play at different levels of elaboration. Second, we review work demonstrating that features of the source, message, and recipient can interact with variables from other categories, with a focus on message-by-recipient and message-by-source interactions. We will discuss the resulting persuasive effects of these interactions and how they fit within the multiple roles framework. Finally, throughout the article, we integrate these various advances and provide evidence-based recommendations for how public health messaging might be made more effective.” (Persuasion amidst a pandemic: Insights from the Elaboration Likelihood Model, 2021).

Is it possible that the government deliberately released contradicting information simply to study who and who isn’t likely to research it on their own? I would argue that is a certainty. The Covid-19 pandemic taught them whether their messages were effective or ineffective in gaining compliance in certain populations, and what steps were needed to persuade those that initially resisted. The larger experiment was in the persuasion of a larger population. A population they already knew was largely addicted to entertainment media, and through decades of study, were likely to believe whatever baloney was fed to them through their favorite news. So, when some liberal rag-tag magazine like The Atlantic calls for a pandemic amnesty, my answer is no. We are in this mess not only because the powers that be effectively pushed their message on an unsuspecting public, but because the masses refused to do any logical research on their own. People that were diligently working to expose the nature of the contradicting information, like Dr. Kevin Corbett, were shouted down and demonized by people the government themselves categorize as having “low elaboration likelihood.” Emily Oster is clearly one of these people as she continues to insist that the government only acted in the best interest of the people with the information that was available at the time. The truth pertaining to Covid-19 has been available since the beginning. The question is, are you low or high elaboration likelihood, and to what extent did you question the narrative?  A pandemic amnesty? Absolutely not. I am demanding accountability.

Check out my latest book on Critical Race Theory Now available in paperback.

Also, check out Without a Shot Indeed: Inducing Compliance to Tyranny Through Conditioning and Persuasion.